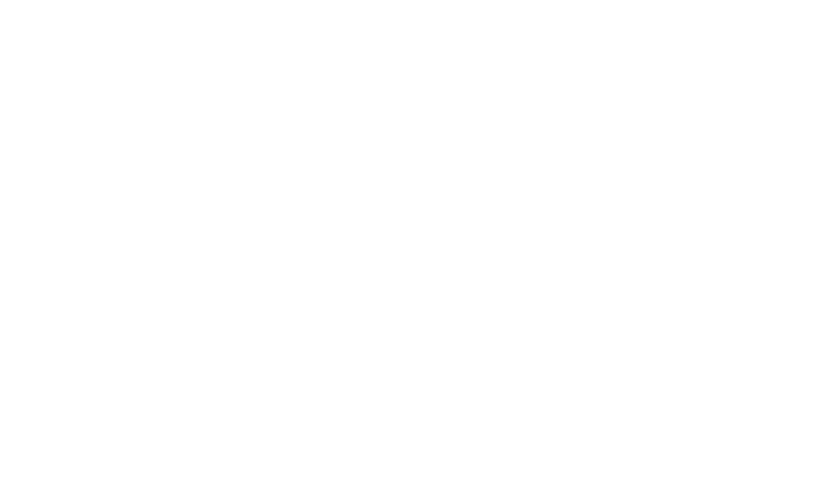 Sailing from Nice to Saint Tropez

The city of Nice

Nice was the most lively city on our trip route along the coast of Italy to Spain. From the turquoise waters of the Nice to the colorful fishing boats along the harbour, from the long beaches to the delicious bakeries, you can find below what we have done during our stay in Nice.

As soon as we moor our boat to the harbour a lot of rain started to fall without stop for 3 days. The weather condition were too rough to go on our route that would bring us till south of Spain so we got 3 days break to visit this beautiful city.

Some more informations about Nice 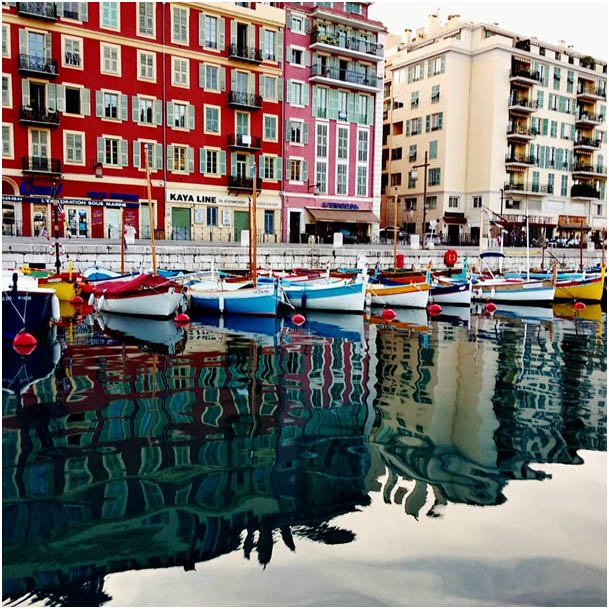 Where Nice is located

I would like to start with general information about Nice. It is located on the south east coast of the Mediterranean, also called Nice French Riviera. It is the second largest French city in the Azur region of Provence-Alpes-Côte’d after Marseille.

Where does the name of Nice come from?

The city is nicknamed Nice la Belle (Nissa La Bella in Niçard), which means Nice the Beautiful, which is also the title of the unofficial anthem of Nice, written by MenicaRondelly in 1912.

Through the ages, the town has changed hands many times. Its strategic location and port significantly contributed to its maritime strength. For centuries it was a dominion of Savoy, and was then part of France between 1792 and 1815, when it was returned to Piedmont-Sardinia until its re-annexation by France in 1860.

Nice for many years under Italian rule. Therefore; Typical Italian architectural features can be seen in the houses of that period. The buildings and windows and the shutter houses next to each other made by Italians who love to talk and close communication are listed side by side.

What to eat in Nice 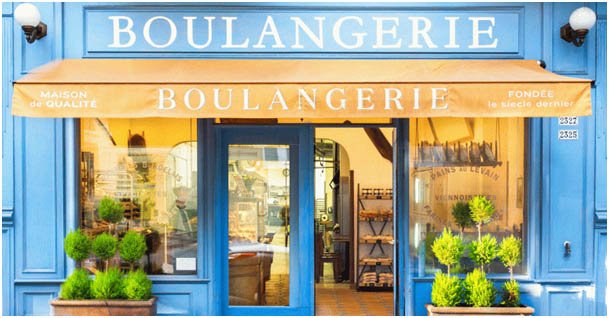 We arrived in Nice in the late morning after 24h non stop sailing from Tuscany. We were a bit tired because of the night sailing and the weather condition that we found in the early morning. After some resting the second need was to eat.

After few steps out of the marina a delicious smell start to bring us in one of the best thing of France, the Boulangerie!

If you don’t want to spend a lot of money for food, Boulangerie with delicious baguettes, croissants, quiche and much more is the best option for you and just 5-6 euros per person. As a big fan of French boulangerie, during our journey along the French coast,we ate mostly in these sweet bakeries. (typical french photos)

After the lunch, we were ready to discover Nice La Belle. First stop was of course the old city named as Vieille Ville.

Where to go in Nice 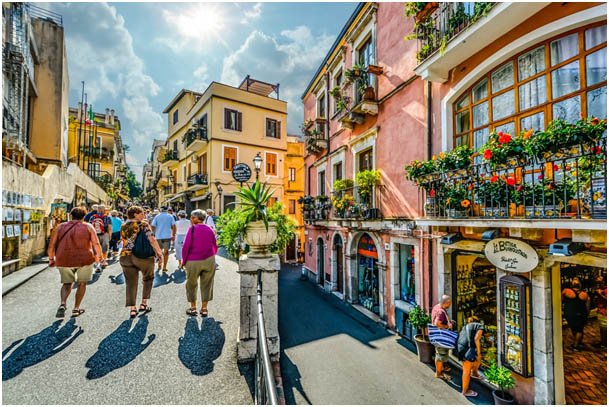 Nice old city district is referred to as Vieille Ville. You can visit the entire old town by walking. The old buildings in this area continue to serve as art gallery, souvenir shop, café and restaurant. When you head south from the old city, you reach Cours Saleya. Visiting the Nice Cours Saleya Bazaar, established here as a flower, fruit and vegetable market, will give you important clues about the texture of the city.

Visiting a city bazaar is one of the most easy way to understand a city. That is why the first route we searched / visited is usually bazaars. Don’t go without seeing the Saleya Bazaar where the most charming and real examples of daily life are found. A few hours is enough to see all the old city. If you like history, don’t pass without seeing Cathedrale Saint Reparate which is in Place Rosetti square.

Built between 1650-1699, this cathedral is a beautiful example of baroque architecture. In front of the Cathedral is called the Place Rosetti square. If you could come to Place Rosetti, don’t forget to stop by Fenochion’s ice cream shop.

Massena Square, the most central location of the city. It is lined with palm trees and stone pines. Since its construction, the Place Masséna has always been the spot for great public events. It is used for concerts, and particularly during the summer festivals. Every year, the center of the Nice Carnival is held between 13 February and 1 March.

Museed’ArtModerneet d’ArtContemporain is one of the largest museums in Nice. We could not stop by, but more than 300 of the more than 1300 works of this museum were exhibited in this museum.You can see the works of Andy Warhol, Yves Klein and Picasso in this museum.

St.Nicholas Russian Orthodox Cathedral is the largest Orthodox cathedral in Western Europe. The cathedral opens from 9 a.m. to 6 p.m. Between 12:00 and 14:00 is closed for a break. The Saint Nicholas Church is located on the second floor. The church can accommodate up to 5,000 people

Set on the cliffs above the castle hill Niceoffers a panoramic view of the city. It reminded me to look at Bosporus. From the turquoise waters of Nice to the French Alps, you should not go without seeing this magnificent view. This castle, known as la colline du château, can be reached on foot from the old town or by a mini train called Ascenseur du Chateau. 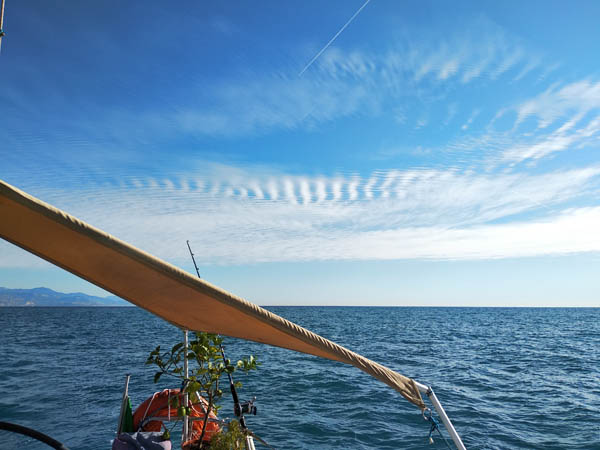 On the 4th day of our sailing trip, after a passage of 145Nm from Touscany to Nice, and after 3 days stop due to the bad weather, the forecast give us some good news. 2 days of sun and fresh wind from NE was coming to bring us to our next destination: Saint Tropez.

We started early in the morning, sailing with Jib just, wind from our back and not much wave, we had a relly nice day sailing. Arriving in Saint Tropez in the afternoon. From the moment we docked the boat, we stepped into a fairy tale. The town is so cute and so preserved that you can feel yourself in a different time in the world.

When you walk along the coast, you will see dozens of street artists. You can visit the whole town by walking in 2-3 hours. Saint Tropez will make you fascinated with every step you do. Its ideal for daily visit. I recommend to visit this cute town if you pass close by this area. Its better to stay less because of the high prices.

Saint Tropez is a town on the French Riviera, (62 miles) west of Nice in the Var department of the Provence-Alpes-Côte d’Azur region of southeastern France.

Partly in the 1950s, thanks to Brigitte Bardot, Saint-Tropez became internationally renowned. And the God Who Created Woman film was made here. Greetings to Brigitte Bardot, who is also an animal rights activist. In the 1960s and 1970s, Le Jandarma, the film series of Saint-Tropez, translated by Louis de Funes, contributed to the popularity of the town.

The Marina of Saint Tropez

Magnificent Marina welcomes the world’s jet set. So when you arrive at this port with your boat, even in October, the port prices are around 70-100 euros per night. For us, it was very painful to spend that much money in October.

It is also a perfect boat show for boat lovers. There are such beautiful wooden boats in the marina that you can fall in love with a few of them along the way.

Where to go in Saint Tropez 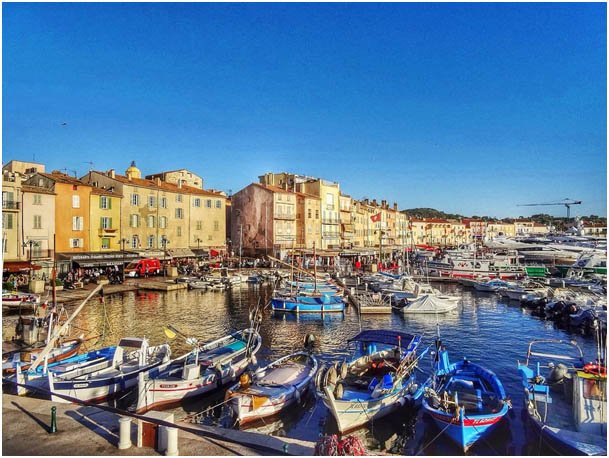 The Vieux Port is basically the city center of Saint Tropez, the heart of the town and a very particular place. Even sitting in the harbor in one of its (overpriced) cafes and simply people-watching can be quite an experience!

Citadel Castle is thick-walled hexagonal tower with Spanish artillery of that period, located two-three minute walk from the harbor . It represents a spectacular panoramic views of St.Tropez from the artillery platform. The view of the red cliffs of the Esterel hills are fascinating. You can visit Citadelle de Saint -Tropez – with a very low price and free entrance for the children under 12.

This colorful baroque-style church, which you will see walking on the side streets, gives you a visual look like a postcard. Then, when you walk towards Place de l’Ormeau, you will see a small square. The buildings covered with colorful virgins bower, the big olive tree and cobblestone pavements in the middle of the square made me feel peace and quiet 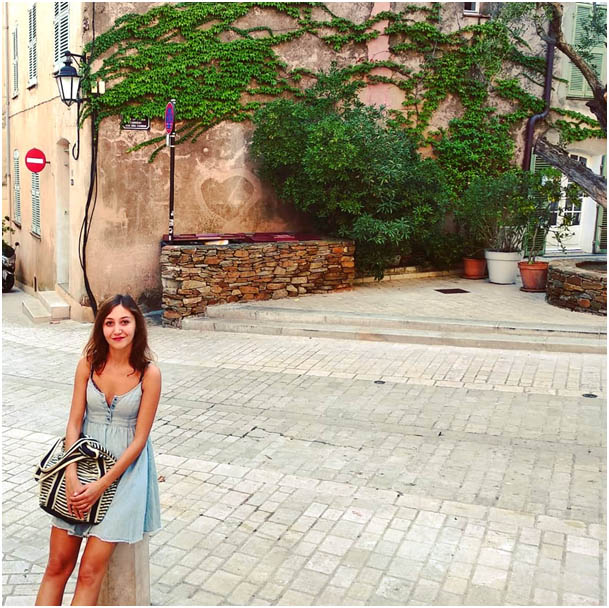 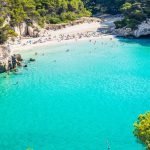 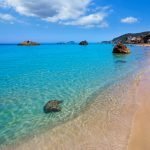 "A sailor's joys are as simple as a child's." Sail

Weekend sailing ⛵13th 14th of November. There is

Us 🌼 If you don't know how to spend time with y 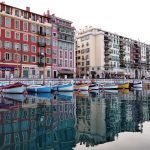 Sailing from Tuscany to the Cote AzurBlog, Diary board